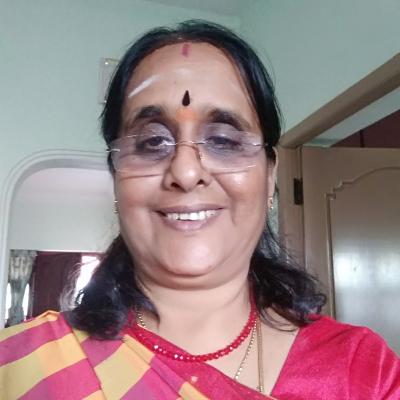 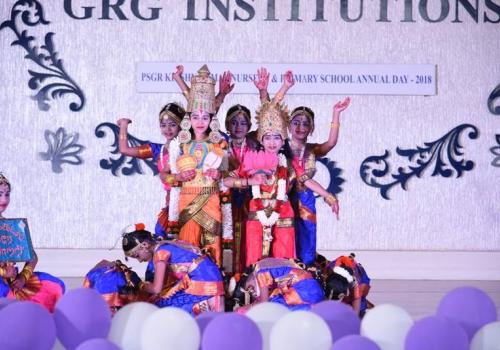 “All we have to do is to wake up and change”

We are lucky to be a part of the solution in climate action project from PSGRKrishnammal Nursery and Primary School, Peelamedu, Coimbatore, Today’s situation in this scenario we want to protect the environment but we have to change the situation to create an environment that protect us for future…

Climate change describes a change in the average conditions such as temperature and rainfall  in a region over a long period of time. NASA scientists have observed Earth's surface is warming, and many of the warmest years on record have happened in the past 20 years.

What would be your definition?

What is causing climate change locally?

*Due to the emissions of green house gases the climate change take place .The water level in dams ,river ,ponds decreased…people are not getting enough water to drink…In future it lead to drought…

*Forest fire happen in some places…

* Online explanation of PowerPoint presentation of what is climate change definition?

*what are the causes of climate change? Given through Google meet for all classes from KG to grade V

*student activity regarding climate change given…

What are the main effects of climate change?

What are the 3 main impacts of climate change?

There are three major ways in which global warming will make changes to regional climate: melting or forming ice, changing the hydrological cycle (of evaporation and precipitation) and changing currents in the oceans and air flows in the atmosphere.

Climate change also alters the life cycles of plants and animals. For example, as temperatures get warmer, many plants are starting to grow and bloom earlier in the spring and survive longer into the fall. Some animals are waking from hibernation sooner or migrating at different times, too.

How does climate change affect animals?

Climate change has a significant direct effect on terrestrial animals, by being a major driver of the processes of speciation and extinction. ... Animals have had specific responses to climate change. Species respond to climate changes by migration, adaptation, or if neither of those occur, death.

Climate change affects the growth of plants in three ways. First, as CO2 levels increase, plants need less water to do photosynthesis. ... But a second effect counters that: A warming world means longer and warmer growing seasons, which gives plants more time to grow and consume water, drying the land.

Effects of climate change on humans

Climate change effects such as hunger, poverty and diseases like diarrhea and malaria, disproportionately impact children; about 90 percent of malaria and diarrhea deaths are among young children. Children are also 14–44 percent more likely to die from environmental factors, again leaving them the most vulnerable.

Effect of global warming on climate change, flora and fauna

Everything on planet Earth is interconnected, and when one thing is changed, it alters everything else. This is known as the butterfly effect, and it is seen everyday. How does global warming set off a chain reaction effects plants and animals around the world? Like humans, plants and animals need certain conditions to be comfortable and productive. If the thermostat at office is set too low, than a person gets cold and cannot work as well. The same thing happens with plants and animals. If it is too warm or too cold, they cannot reproduce at the same rate. When plants slow down there growth, they are not replenished rapidly enough to support all the animals which usually feed on them. Fewer plants means that area can support fewer plant eating animals. Less plant eaters leads to a decrease in the number of predatory animals. If the growth of the trees are affected than the entire food chain is thrown off balance. Humans are a part of the food chain as well, and when we kill off plants and animals through the changes in the climate we have brought about, we ultimately shorten our own life.

*The effects of climate change on South Asia include steady sea level rise, increased cyclonic activity, and changes in ambient temperature and precipitation patterns. Increased landslides and flooding are projected to have an impact on states such as Assam.

*displacing thousands of people. The first among the countries to be affected by severe climate change is Bangladesh.

* sea level, temperature, and evaporation are increasing, and the changes in precipitation and cross-boundary river flows are already beginning to cause drainage congestion.

*There is a reduction in freshwater availability, disturbance of morphological processes, and a higher intensity of flooding.

*Regarding local temperature rises, the IPCC figure projected for the mean annual increase in temperature by the end of the century in South Asia is 3.3 °C with the min-max range as 2.7 – 4.7 °C. The mean value for Tibet would be higher with mean increase of 3.8 °C and min-max figures of 2.6 and 6.1 °C respectively which implies harsher warming conditions for the Himalayan watersheds. India's GDP could decline by up to 9%, due to shifting growing seasons for major crops such as rice, production of which could fall by 40%. Around seven million people are projected to be displaced due to, among other factors, submersion of parts of Mumbai and Chennai, if global temperatures were to rise by a mere 2 °C (3.6 °F)

*Human response to heat stress can be hyperthermia, heat stroke and other harmful effects. Heat illness can relate to many of the organs and systems including: brain, heart, kidneys, liver, etc.

*Global Health Corps reports that when interruptions in the regular water supply, "forces rural and impoverished families to resort to drinking the dirty, sediment-and-parasite-laden water that sits in puddles and small pools on the surface of the earth.

*When there is an adequate amount of drinking water, humans drink from different sources than their livestock. However, when drought occurs and drinking water slowly disappears, catchment areas such as streams and depressions in the ground where water gathers are often shared between people and the livestock they depend on for financial and nutritional support, and this is when humans can fall seriously ill. *Although some diseases that are transferred to humans can be prevented by boiling the water, many people, living on just a litre or two of water per day, refuse to boil, as it loses a certain percentage of the water to steam.

*As the climate warms, it changes the nature of global rainfall, evaporation, snow, stream flow and other factors that affect water supply and quality. Freshwater resources are highly sensitive to variations in weather and climate. Climate change is projected to affect water availability. In areas where the amount of water in rivers and streams depends on snow melting, warmer temperatures increase the fraction of precipitation falling as rain rather than as snow, causing the annual spring peak in water runoff to occur earlier in the year. This can lead to an increased likelihood of winter flooding and reduced late summer river flows. Rising sea levels cause saltwater to enter into fresh underground water and freshwater streams. This reduces the amount of freshwater available for drinking and farming. Warmer water temperatures also affect water quality and accelerate water pollution.

*Another area of concern is the effect of climate change on the nutritional content of food for human consumption. Studies show that increasing atmospheric levels of CO2 have an unfavourable effect on the nutrients in plants. As the carbon concentration in the plant's tissues increase, there is a corresponding decrease in the concentration of elements such as nitrogen, phosphorus, zinc and iodine. Of significant concern is the protein content of plants, which also decreases in relation to elevating carbon content.

*IrakliLoladze explains that the lack of essential nutrients in crops contributes the problem of micronutrient malnutrition in society, commonly known as “hidden hunger”; despite adequate caloric intake, the body still is not nutritionally satisfied and therefore continues to be “hungry”. This problem is aggravated by the rising cost of food, resulting in a global shift towards diets which are less expensive, but high in calories, fats, and animal products. This results in undernutrition and an increase in obesity and diet-related chronic diseases.

*Countries worldwide are already impacted by deficiencies in micronutrients and are seeing the effects in the health of their populations. Iron deficiency affects more than 3.5 billion people; increasing maternal mortality and hindering cognitive development in children, leading to education losses. Iodine deficiency leads to ailments like goitre, brain damage and cretinism and is a problem in at least 130 different countries. Even though these deficiencies are invisible, they have great potential to impact human health on a global scale.

*Small increases in CO2 levels can cause a CO2 fertilization effect where the growth and reproduction abilities of C3 plants such as soybeans and rice are actually enhanced by 10-20% in laboratory experiments. This does not take into account, however, the additional burden of pests, pathogens, nutrients and water affecting the crop yield.

Lack of growth in AgricultureUSA:

*Climate change and related global concerns dominate the current environmental agenda, as evidenced by the recent wave of articles, symposia, workshops, and other scientific and lay forums dealing with this issue. While most atmospheric scientists agree that a climate change" signal" has yet to be detected, concern over potential climate change arising from increasing concentrations of carbon dioxide (CO2), methane (CHF), chlorofluorocarbons (CFCs) and other" greenhouse" gases is motivating substantial funding increases for such research. Climate change is thus likely to be a major research and policy issue well into the next decade. Scientific interest in climate change is not a recent phenomenon; research on the relation-ship between CO2, climate.

*forecasts of climate change from general circulation models (GCMs) indicate that a doubling of atmospheric CO2 will increase global average temperature from 1.5 to 4.5 degrees celsius (? C), as well as alter precipitation amounts and frequency.

*Inclusion of changes in world food production and associated export changes generally have a positive affect on U.S. agriculture. As with previous studies, the magnitude of economic effects estimated here are a small percentage of U.S. agricultural value.

*At present here a dynamical method for modelling temporal and geographical variations in ammonia emissions in regional-scale chemistry transport models (CTMs) and chemistry climate models (CCMs). The method is based on the meteorology in the models and gridded inventories.

*We use the dynamical method to investigate the spatiotemporal variability of ammonia emissions across part of Europe and study how these emissions are related to geographical and year-to-year variations in atmospheric temperature alone. For simplicity we focus on the emission from a storage facility related to a standard Danish pig stable with 1000 animals and display how emissions from this source would vary geographically throughout central and northern Europe and from year to year. In view of future climate changes, we also evaluate the potential future changes in emission by including temperature projections from an ensemble of climate models.

*The results point towards four overall issues. (1) Emissions can easily vary by 20% for different geographical locations within a country due to overall variations in climate. The largest uncertainties are seen for large countries such as the UK, Germany and France.