This project is supported by His Holiness the Dalai Lama, Dr. Jane Goodall, the 2 directors of Greenpeace, Unesco, Microsoft Education, scientists and other public figures.
Students over 6 continents focussed on Climate Change during 4 weeks. They explored, brainstormed, discussed, constructed, presented and shared their findings. Their teachers were asked to guide them but not to give away their knowledge which initially drove them outside their comfort zones. Each week the students created and shared a video or presentation which was published on this website. Take a  look at the submissions of week1, week2, week3 and week4.

The project's scope is that students can learn from each other which is based on the concepts of collaborative (constructivist and connectivist) learning. This proved to promote knowledge building and creativity. The project meets all 21st Century Learning skills and covers 1 Sustainable Development Goal. Those who have access to ICT are strongly suggested to use technology. The project covers several subjects (science, literature, math, biology, etc) and the students are aged 8 to 18.

Once students are able to take ownership of their own learning process magic happens and teachers are surprised by the outcomes. Due to a hurricaine in Ireland their schools were closed for the very first time. Teacher John's house was destroyed and people were killed due to the floodings in Sierra Leone. The hurricaine and flooding offered the perfect angle to approach Climate Change. Turkish students created and sang their own song. Spanish teacher Juan gathered a group of African refugees to focus on SDGs.

American teacher Tara noticed that her students believed every single webpage and focussed on fake news. Read her article.

After the 2018 project, the Irish students received a letter from their president who praised their work.

Because of this project the students in Malawi began to plant trees. A company decided to create an app so they were able to keep track of the amount of trees. At that time the president supported the project. The students are now planting 60 million (!) trees. Students in Kenya, Nigeria, Sierra Leone, South Africa and other African countries decided to join them.

Take a look at some impressions.

The students did more than studying the global issues. They also took action! The students from Guatemala, Portugal, Philippines and Jamaica planted trees. The Kenyan students made fences out of plastic bottles. Nigerian students developed small biogass plants and American students even created mobile solar suitcases. German students submit an application to the government for solar panels for their school. The Canadian students 3D printed coral reef hopes of slowing down coral bleaching in the world's oceans. They also explored the potential of the mealworm in biodegrading styrofoam and other plastics. Manuela, a Portuguese teacher organized writing a letter to the director of the UN, including 35 participating teachers. The students from Peru did a march including 400 people. Emma and her Swedish students went to Stockholm to visit the prime minister and explain the importance of the project. Christina, Mike, Susanna, Juan and many other participants presented the project at a conference. 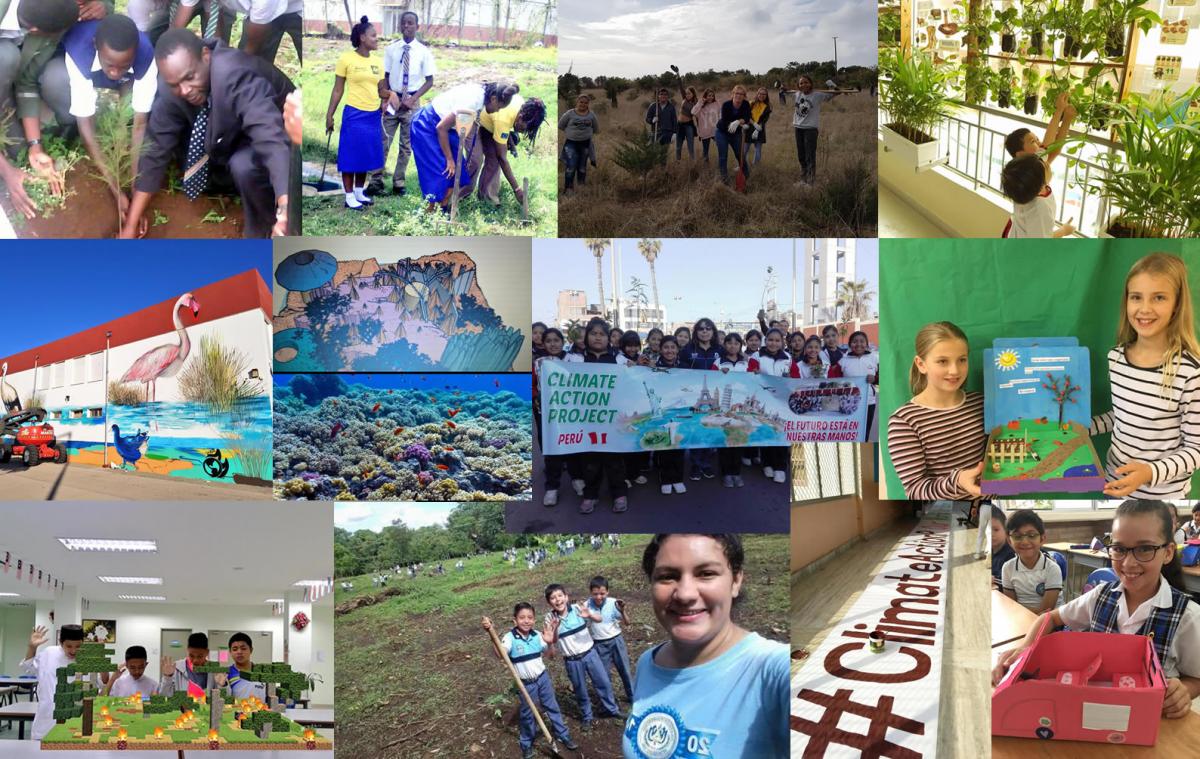 During the last week the students travelled more than 200,000 virtual miles via Skype. They were able to share insights with their peers around the world. This way they were able to learn about global issues directly from students living in those countries.

At the end of the project some experts shared their expertise and stories with the participating teachers and students. Céline Cousteau (granddaughter of Jacques-Yves) was the first one to present during a webcast. She talked about Indeginous people in Brazil and how they live together with nature. Richard E. Hyman was part of the diving crew of Cousteau. He talked about the frogmen's lives. Tony Parkin talked about why sparrows are disappearing and dr Languell - star of Discovery Channel's Planet Earth series - shared how we can make the world sustainable. 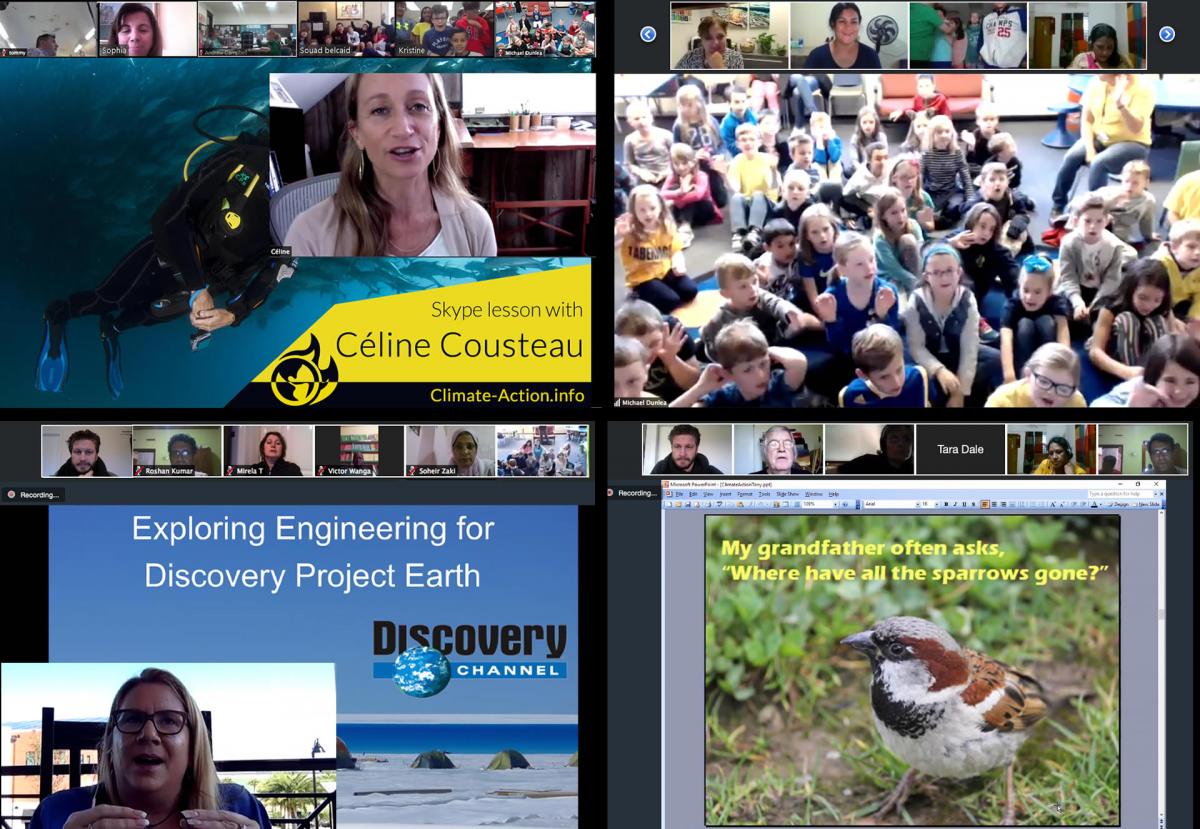 The project was covered by media in more than 45 countries: Austria, Bangladesh, Belgium, Bulgaria, Canada, Egypt, Germany, India, Indonesia, Macedonia, Peru, Poland, Portugal, Romania, South Africa, Spain, Sweden, Tunisia, USA; including national television stations covered the project. The project was presented to senators and prime ministers. Dr. Anne Dolan will spend a chapter on this project in her forthcoming book. Koen Timmers wrote about the project in the new book "Education in 2030", Routledge. 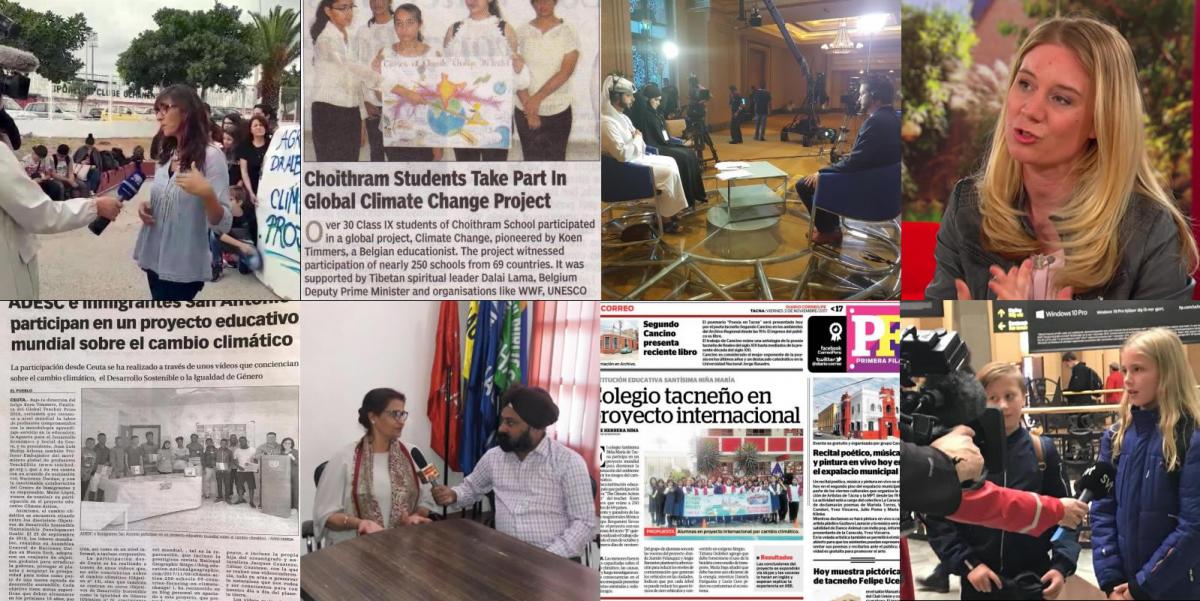 Tony Parkin's introduced a challenge during his webcast: "where have all the sparrows gone?". The participants had to find out for what reasons sparrows are disappearing in their country. Mac Raminder's students won the challenge. Take a look at the students' work.

All participating teachers and students were offered a certificate. Some schools did even graduation parties like Ukraine, Romania, India and Egypt. 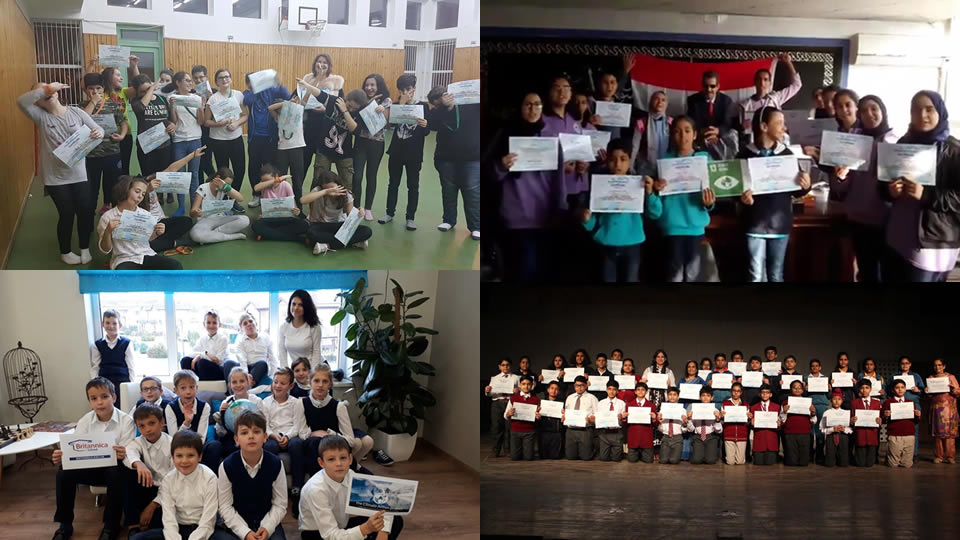