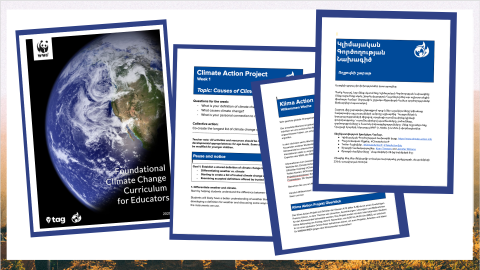 Born to a Mexican mother and German father in the United States and eventually moving to and within Europe for my formative years, I picked up quite a few languages. I spent a fair amount of time in public schools where the primary language of instruction ranged from French, German, and Dutch. In addition to this, I was exposed to the intricacies of Latin. Unfortunately, at the time I was strongly discouraged from learning Spanish at school and at home in order to ‘assimilate better’ to my new environments.

Gradually I began to subconsciously distance myself from languages as a whole because of this, amongst other factors such as not having anyone to converse with and changing to schools with English as the language of instruction, gradually made my possession of these languages diminish.

What I soon realised was that I needed to feel a connection on a personal level in order to enjoy those languages -- as this was not the case for the majority of my life. Whether it was as a result of moving around often or because I was an immigrant, is up for debate.

Language is the medium through which the world communicates and, in principle, it transcends all borders. This is why Take Action Global believes it is a necessity to spread climate change awareness beyond the trope of English.

As supervisor and translator of the Take Action Global Initiative, I was responsible for recruiting talent from my Global Citizen Academy cohort, for Spanish, Armenian, Macedonian, German and Hindi. I then oversaw the coordination between the team I recruited across languages, and that of the teacher volunteers who were on standby for Take Action Global. We worked from all around the world, and despite several time zones we were able to get the translation work done, in time for launch day!

I can honestly say it's the first time in years that I have enjoyed speaking and writing in the languages I still know - German and Spanish. At the same time working alongside brilliant and capable teenagers, and a force of adult volunteers has been a heartwarming experience. At this point in time, we have Arabic, French, German, Portoguese, Armenian, Italian, Romanian, Hindi, and Spanish translations for the Climate Action Project curriculum with lessons.

Itziar, one of our Spanish translators that I had the pleasure of working closely together with, sums up her experience as ‘It is very inspiring to work on a project with such an international approach and based on interactive learning. It is one of the many ways to work against climate change and it is an honor to actively participate in it.’

Just recently, I joined Jennifer Williams and Koen Timmers over Zoom to meet some of the educators who already registered their classes for the program. We were capped at full capacity, but were luckily able to livestream the get together on Facebook. We had people tuning in from across the United States, Latin America, India and even from as far as Macedonia!

I’d like to take this time to thank our teachers and facilitators for their efforts and contributions, this is truly a once in a life-time opportunity for many of our students. The outcome of which could set them on a fast-track trajectory to STEM or climate change/sustainability practises. I know I would have loved to have had this initiative when I was in High School still.

To everyone involved, this is just the beginning of the program and there is a lot left to discover and learn, until then Godspeed.